Home > Veterinary news from industry experts > Are Our Dogs Losing Their Wags? 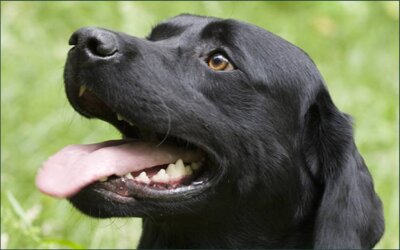 We rely on our dogs’ wagging tails to help us diagnose their moods, needs and what they want to tell us. But are some dogs losing their ability to wag their tails?

Most common in sporting and working dogs

Limber Tail is most common in sporting and working dogs including Labrador and Golden Retrievers, Setters, Pointers and Foxhounds. Appearing most often after heavy, outdoor work or swimming on a cold day – which accounts for other names for this condition including cold water tail and swimmer’s tail.

Vets diagnosing Limber Tail say that injury to the coccygeal muscles near the base of the tail, rather than damage to the tail’s bones or spinal injury, is the cause of the condition.

In the first large-scale study, veterinary laboratory scientists at the Roslin Institute and Royal School of Veterinary Studies at Edinburgh University received questionnaires from owners reporting Limber Tail in their dogs.

Vets found that not all affected dogs had been swimming prior to the onset of the condition, but they were more likely to live in northern areas of the UK – apparently supporting the link to colder weather conditions. Animals unaccustomed to vigorous activity suddenly plunged into cold, strenuous, outdoor work might also be more at risk.

But vets also found a possible genetic link with affected dogs more likely to be related to each other rather than to unaffected animals.

Affected dogs should be rested until the tail returns to normal

Fortunately, Limber Tail symptoms though distressing when first encountered are largely temporary, with almost all affected dogs returning to normal within a week or so; similar to a sprain or muscle strain in humans.

Affected dogs should be rested until the tail returns to normal, though a visit to your vet is recommended so that treatment to ease the soreness, or examination for any more serious injury, might be considered.

Your vet is best placed to examine and treat your dog for Limber Tail. Supported by the resources of well-equipped vet lab, further diagnostic tests including soft tissue scans and bone visualisation techniques might be recommended to support your dog on its way to a full, tail-wagging recovery.

As the impact of COVID-19, is being felt around the world, the well-being of our employees and their families is of the highest importance to us.

By putting the safety of our employees first, we have reduced our on-site staff to a minimum and we will endeavour to maintain our business operations to the highest standard possible.

We are carefully monitoring and following official guidance from the UK Government, Public Health England, WHO and CDC guidelines and in line with these; we are currently operating business as usual.

We are monitoring our stock levels on a daily basis ensuring a fair distribution of our products. We are fully committed to maintaining the supply of products during these unprecedented times.

We are open for orders from Monday through to Thursday and closing on Fridays:

We will endeavour to contact you on Friday and Monday if it is non-urgent.

Thank you to all our customers and suppliers for their support during these temporary measures.