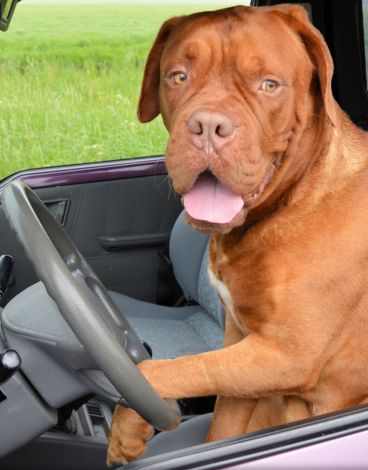 Remember the TV show where a dog apparently drives and steers a moving car around the city streets to the shock and amazement of other road users? Of course, it was just a prank; yes, the dog stands in the driving seat with front paws on the steering wheel, but the real driving is done by a human concealed within the noticeably larger-than-usual driver’s seat.

Until recently, it was an accepted fact that controlling a car safely, with all the complicated observation-taking and decision-making that entails, could only be performed by a human driver. That, it seems, is no longer the case.

An increasing number of experimental vehicles

The technology for driverless cars is already cruising our streets in an increasing number of experimental vehicles operated by motor manufacturers and computer software designers. Advances in artificial intelligence and information processing, backed by a government keen on the science as a way of reducing accidents, congestion and vehicle emissions, means the pace of development is set to accelerate.

Just one of many concerns for those sceptical of driver-less technology is the responsiveness of control systems to sudden and unexpected events; such as a dog emerging into the path of a moving car. But with thousands of dogs, cats, deer and other animals killed or injured annually on Britain’s roads, plus the additional damage and injury caused by motorists attempting evasive action, it seems likely that driver-less cars could only improve matters – for people, property and animals.

Driver-less vehicles may have other, unforeseen, impacts on the lives of dogs and other pets. Pets are regularly delivered and collected from veterinary surgeries in their owner’s cars. With artificially guided and directed vehicles, there might be no reason why an animal couldn’t be placed in a car pre-programmed to navigate its way to the vets and, eventually, home again.

The benefits and convenience for owners, and in scheduling for vets, are obvious. Less obvious, perhaps is the effect on animal welfare from the reduced opportunity for vet-owner interaction. A key factor in Evidence-Based Veterinary Medicine (EBVM) is the evidence given by pet owners about their pet’s history, condition and behaviour. Combined with evidence from veterinary examination, expertise, and diagnostic test results, vet-owner interaction is vital to selecting the course of action most appropriate to pets, owners and their circumstances.

The needs and aspirations of dog owners, veterinary professionals and possibly dogs themselves may yet have other, unexpected, influences on the development and introduction of driver-less cars. It remains to be seen whether or not, on the aspiration dogs themselves, this includes the revival of the motor industry’s ‘Rover’ marque… possibly.