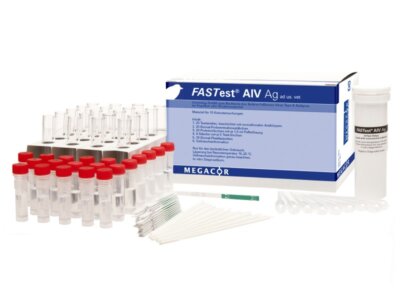 There have been few more panic laden scares to sweep the world in the last several years than the perceived threat of ‘bird flu’ to the human population. While Avian Influenza, to use its less pejorative title, can certainly pose a serious risk to human health, it rarely crosses the species barrier between poultry and people except where the two mix closely and, by western standards, in unhygienic conditions.

Potentially devastating to the livelihood of poultry farmers

Avian Influenza is what’s known as a Type A influenza virus. Most human flu viruses that circulate each winter are of type B, and aren’t responsible for the kind of pandemic such as the Spanish Flu of 1918, – a Type A and of the particularly virulent Subtype H variety. What ever the ongoing danger of Avian Flu to human populations, there’s no doubt that it’s potentially devastating to the livelihood of poultry farmers and, consequently, to the security of the nation’s food supply.

In farmed bird populations, symptoms can be sudden and severe including respiratory stress, a greenish diarrhoea, bloodied oral and nasal discharges, haemorrhages and tissue necrosis, often as a precursor to rapid and widespread death with 100% mortality throughout the flock.

Legislation aimed at the early detection and eradication of AIV

The economic risk posed by Avian Flu, as well as the public health risk, has lead to legislation aimed at the early detection and eradication of Avian Influenza Virus (AIV) Type A. Monitoring and notification of any HPAI (High Pathogenic Avian Influenza) outbreak to the relevant authorities is mandatory on UK poultry farms.

Veterinary monitoring follows the legislated programme using an economical and reliable Veterinary Diagnostic Test Kit. Vetlab’s FASTest® AIV Ag Test Kit requires only a simple swab from a bird’s faeces or directly from its cloaca. Mixed into a little of the kit’s prepared fluid, a single drop is all that’s needed for the test strip to give a sharp colour-change indicating a positive detection, or a negative all clear result.

Because Avian Flu is present in wild bird populations, it may never be possible to eradicate the disease with certainty from farmed poultry. Continual risk makes continual and regular monitoring with Veterinary Diagnostic Test Kits the essential foundation for the prevention of infection and efficient, economically viable poultry management.