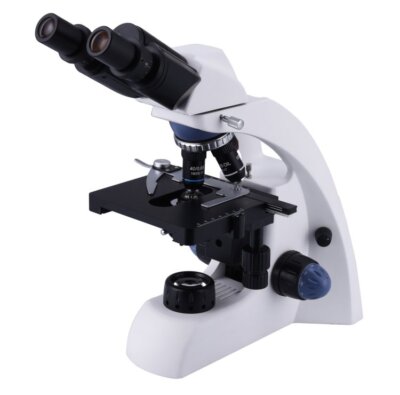 The microscope we know today with its high power magnification, perfect optics and simplicity of use, was once the exclusive instrument of society’s elite celebrity scientists. Now, thanks to popular and affordable microscopes such as the Vetlab Supplies Premiere 250 and Vetlab Premiere 1600, the fascinating world of scientific discovery is open to anyone with the curiosity to take a look beyond.

The microscope as we know it is a far more capable instrument that anything those early pioneers ever imagined. The first instrument in a form we would recognise was created toward the end of the 16th century in the Netherlands. Basically, a tube with a lens at each end, Hans and Zacharias Janssen used the handmade lenses from their Dutch spectacles business to make a simple device that magnified objects only about 10 times.

Used for little more than entertainment, it wasn’t until the next century that the power of the microscope was put to serious scientific study. Another Dutchman, Antony Van Leeuwenhoek, set himself and his handmade device to the task of examining and recording things never previously observed: including bacteria, blood cells and the microscopic ‘animalcules’ in a droplet of pond water.

Leeuwenhoek’s microscope was actually just a single, high-quality lens; little more than the magnifying glass known and used since the invention of the material in the first century. However, by applying his instrument and his mind to serious study, Leeuwenhoek invented the discipline of microscopy and opened the way to scientific discoveries that would fascinate and change the world.

A light Source To Illuminate The Specimen

The British scientific all-rounder, Robert Hooke, brought the science of microscopy to public attention in the first ever book on the subject Micrographia. Although Hooke’s microscopes were actually made by Christopher Cock of London, Hooke influenced the design of all future microscopes with the adoption of screw-focusing, a cupped eyepiece, fixed specimen holder and a light source to illuminate the specimen.

Strong And Even Illumination Required By Powerful Microscopes

Advances in the understanding of optics and in the manufacture of lenses followed. Chester Moore Hall solved the problem of ‘chromatic aberration’ – the coloured fringes around magnified images, and Ernst Abbe invented of the ‘condenser’ essential to the strong and even illumination required by powerful microscopes.

Tracing their heritage back to Hooke’s classic design, and with the dedication to the quality of the Janssens and Leeuwenhoek, modern microscopes such as the build in the refinements of Abbe and Hall to create an optically advanced and intensely practical instrument for teaching, study and discovery. All that’s required is your curiosity and fascination to take a look beyond.