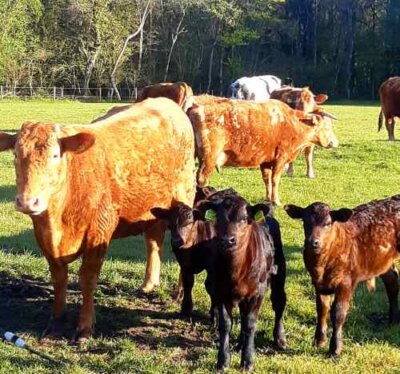 For Better Or Worse?

The Brexit Transition ends on 31 December 2020 with the UK will no longer subject to the EU legislation that sets 80% of British animal welfare standards. Will this be good or bad for Britain’s commercial, domestic and wild animals, and for the vets that maintain their health and well-being?

Around 44 pieces of EU legislation regulate the trade, transport and testing of animals within and between European Union member states.  All are based on the recognition and acceptance that animals are ‘sentient beings’. 17 pieces of EU legislation govern farm animal welfare, with a further 11 laws relating to wild animals, 8 concerning laboratory animals and 4 protecting companion and pet animals.

At the start of Brexit, The House of Lords Farm Animal Welfare Enquiry noted that, “UK farmers and producers are rightly proud of their high animal welfare standards. “Our evidence suggests the industry is united in seeking to maintain these standards and the UK’s status as a world leader on farm animal welfare”.

Setting its own animal welfare measures, independently of the EU, could give the UK an opportunity to further raise its own farm, domestic and wild animal standards. This could include ending the export of live animals for slaughter as permitted under EU ‘single market’ rules. Currently, a unilateral ban could illegally breach the rules of free trade in the EU.

As Britain seeks new trade agreements with its former European partners, and with the rest of the world, the UK may find itself forced to balance higher welfare standards against its international competitiveness. In their Farm Animal Welfare Enquiry, The House of Lords expressed its concern that ‘…It may be hard to reconcile the Government’s wish for the UK to become a global leader in free trade with its desire to maintain high quality standards for agri-food products within the UK.”

Co-ordination And Cooperation After Brexit

Outside the EU, the UK will lose its influence on European food safety and animal welfare organisations such as the European Food and Safety Authority (EFSA) and the Panel on Animal Health and Welfare (AHAW).

The RSPCA is pressing for “dynamic alignment” of animal welfare legislation as part of any free trade agreement so that if one country raises their standards, the others must do the same. It is hoped that this will provide the UK an opportunity for continued influence even after the Brexit deadline.

And What About The Vets?

The British Veterinary Association (BVA) fears that the UK would lose access to EU information and resources such as TRACES (Trade Control and Export System) and the EU disease surveillance system ADNS (Animal Disease Notification System).

The BVA also reported that figures from the Royal College of Veterinary Surgeons (RCVS) suggested that “…32 per cent of non-UK EU veterinary surgeons are considering a move back home and 18 per cent are actively looking for work outside the UK, indicating Brexit will exacerbate these shortages”.

After Brexit, there is little doubt that the UK will be signing trade deals with countries holding a lower regard for animal welfare standards than Britain. As the House of Lords observed: “There is some doubt over whether animal welfare can be used as a rationale to restrict imports from other countries under WTO (World Trade Organisation) rules”. However, statistics provided by the RSPCA indicate that “55% of UK consumers surveyed looked for more information about animal welfare when shopping”.

Consumer demand, public expectations and the influence of UK veterinary professionals may well prove the best guarantee of farm animal welfare in the UK’s future outside of the EU.

To find out more about this range of veterinary diagnostic test kits visit our website www.vetlab supplies.co.uk or Telephone us: 01798 874567