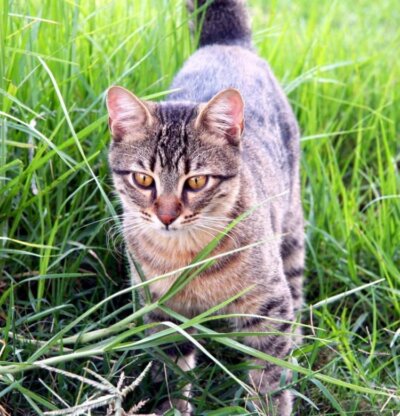 The greatest risk of FIV (feline immunodeficiency virus) to pet cats comes from contact with infected semi-wild cats in urban populations. Researchers in Belgium, from The University of Liege and Ciney Veterinary Collective for the Spaying of Stray Cats, have used FIV testing of feral cats to help cut the risk of FIV to pets.

How to control FIV infection?

With no effective vaccine or cure, it’s highly likely that that infected cats will pass the virus to other feral or pet animals through saliva transferred in bites and scratches. The Belgian vets hoped that one way to control FIV infection might be to remove FIV-positive cats from contact with the feral and pet cat population.

FIV first makes itself known as a fever and general loss of condition. Bouts of illness may be interspersed with periods apparent recovery as the immune system is gradually overwhelmed. More distressing symptoms, such as inflammation of the gums and mouth begin to show and the animal succumbs to recurrent skin, bladder, eye, and respiratory infections. Cancers, blood diseases and seizures may follow.

To test their theory, researchers set out to measure the effect of selectively removing FIV-positive cats from the feral population. Researchers also tested for a second feline infection known as feline leukaemia virus (FeLV).

At the start of the programme, they found a high incidence of FIV and a negligible presence of FeLV. Over the three years of testing, scientists logged a significant fall in the FIV infection rate from just over 30% in 2010 to little more than 13% in 2012.

FIV in the UK feral cat population, variously estimated at around the 1million mark, poses an infection risk not only to 7 million pet cats, but also to our only native feline, the increasingly rare Scottish wild cat.

While immunisation against FeLV is readily available, there is no proven effective vaccine for FIV. The separation between healthy and infected animals remains the only safeguard. For UK pet owners, cattery managers and breeders the watchword is vigilance underpinned by reliable FIV and FeLV diagnostic testing.