Home > Veterinary news from industry experts > What’s Breed Got To Do With It? 25 Years Of The Dangerous Dogs Act 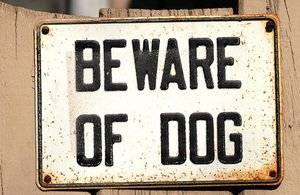 25 years on from the introduction of The Dangerous Dogs Act, researchers from the Battersea Dogs and Cats Home have published a report claiming there’s little evidence to suggest that the controversial law has reduced the frequency of dog attacks in the UK.

The 1991 Act outlawed four dog breeds; the Pit Bull Terrier, Dogo Argentino, Japanese Tosa and the Fila Braziliero. However, according to the Home’s Chief Executive, the Act has failed by: “focusing on how a dog looks rather than on anything it has done or the actions of the owner”.

In Battersea’s survey of 215 UK dog behaviour experts, 74% said that breed was at most only slightly relevant to whether or not a dog could be judged dangerous. Further, the four named breeds were not the most likely to be involved in aggressive behaviour.

Against the 25 Pit Bull Terriers put to sleep by the charity in the last year, the NHS recorded 7,227 dog bite admissions in the same period – a 6% year on year increase, with 30 dog attack fatalities including 16 children over the life of the Act.

Calling for the repeal of the Act, Battersea argues that a law based solely on an animal’s breed or appearance does not enhance the protection of the public from dangerous dogs.

Citing the Home’s reception of 91 Bull Terrier type dogs in the last year alone, Battersea also claims that the Act has failed to deal with the rearing and sale of the breed that triggered the Law, instead of pushing the trade in dogs of this type underground.

The vast majority of responsible dog breeders, dealers and owners do show themselves willing and capable of giving the lifelong behavioural, emotional and veterinary care a dog needs. If a dog of any breed is to behave acceptably in a family and in a wider social setting, then continued care by the owner is no less important than a good start with the breeder.

For a good start, all dogs should receive vaccinations for the common dog diseases Parvovirus, Parainfluenza, Distemper, Adenovirus and Leptospirosis. Attentive, ongoing care will spot any early symptoms of illness or disease which your vet will be able to quickly diagnose with a Veterinary Diagnostic Test Kit, recommending the best treatment to put your dog on the road to recovery – whatever the breed!