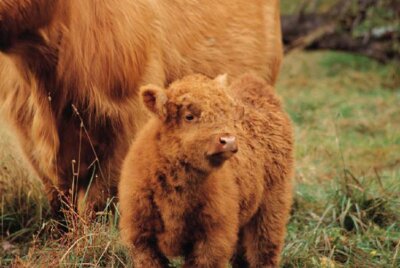 High infrastructure and feed costs, combined with continuing low milk prices, mean dairy farmers are moving toward block calving to increase their productivity – but at what cost?

In block calving, all the cows in a herd have their calves over a block of just a few weeks. This means a short but intense period of labour for farm workers, rather than the longer but less fraught activity when a herd’s calving is spread evenly through the year. Dairy farmers will plan their block calving for spring or autumn, and each season has its own set of advantages and draw backs.

Block calving can help farmers make the most efficient use of expensive infrastructure and plan for when pasture and silage is most economically available. However, it can also mean that an entire herd is temporarily out of milk production with the farm’s entire calving investment for a whole year resting on just a few weeks.

Calving in the spring or the autumn

Whether spring or autumn calving, a successful season will see a large number of new and vulnerable calves concentrated in a small area ripe for the growth and spread of pathogens. There are two particular diseases that place every new born calf at risk.

Cryptosporidiosis and coccidiosis are major diseases of new born calves causing debilitating weight loss, diarrhoea and even death. According to figures from the UK Government’s Animal and Plant Health Agency (APHA, 2012), 38% of cattle enteric diseases, isolated by veterinary laboratories, were identified as cryptosporidiosis, while another 18% could be attributed to coccidiosis.

Both diseases begin through the contamination of food, water or bedding with the infected faeces. In the case of cryptosporidiosis, the infective agent – the parasite’s eggs or ‘oocysts’, can persist in bedding for several months and even, for coccidiosis, from one year to the next.

Infective oocysts are resistant to most disinfectants and cleaning agents

The damage caused by infection is both long-lasting and irreversible. Licensed treatments are available but, as yet, there is no complete ‘cure’. Because infective oocysts are resistant to most disinfectants and cleaning agents, efficient management and constant vigilance are the only safeguards against infection and re-infection.

Clean housing, bedding and ventilation together, with raising feeding troughs above the ground, will reduce the chance of faecal contamination. A policy of low-density stocking supported by a regime of thorough cleaning and disinfecting immediately before and after the calving season, will also help limit the chances of re-infection year on year.

Whether your dairy farm is just coming out of its spring calving, or preparing for autumn calving, diagnostic testing of suspect animals now for cryptosporidiosis might help isolate a source of widening infection even before it begins.